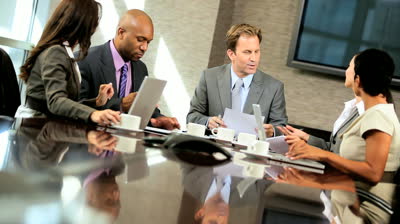 Have you ever had to rebuild a department…or entire organization? Did you wrestle with how much to structure the process versus letting others handle it? We did. One of our departments had gone through a tough period. An ego-driven, bully-type person had led it. There was mistrust, lack of initiative, favoritism, poor performance…and more…throughout most of the department. Once the leader was terminated, we had to rebuild the unit…some 75 people in various locations.

We asked the department to develop a plan. We wanted them to identify and define the problems as THEY saw them and then recommend solutions. We let them know everything was on the table. Our interest was quality client service, improved performance, and a pleasant work environment. We promised to be receptive to whatever recommendations they would make. I retained final approval, but they knew “this was their chance…”

Enthusiastically, department employees met and organized themselves into seven teams-one for each grouping of key issues they identified. You should have seen the energy this process released.

Everyone agreed on the problems, now everyone had to work out the solutions. Talk about motivation and ownership

Over the next few months, they met as teams and developed their recommendations. When completed, the entire department met again and presented its recommendations to our leadership team. They had some great ideas, ones none of us would have developed.

While letting go of control can be a bit scary, it is an effective way to engage everyone, get the very best thinking to weigh in on problems, and engage employees by letting them put some skin in the game. They identified the department problems and they developed the solutions. Simply, employees owned the solutions, which significantly increased the probability of success.

In the end, we adopted almost every recommendation and, in short order, saw significant performance improvement. Efficiency increased by 30% without any decreases in level of service. Success!