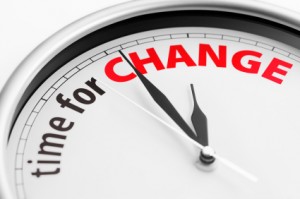 Working with a nonprofit recently, I asked to see a copy of its organization chart-you know, the chart depicting how things are organized. As soon as I saw it, I became leery. The chart listed the names of people, rather than the departments they lead. This is often a tip-off that personalities and relationships are key driving forces behind decisions rather than the best well-being of the clients being served.

When determining how an organization should be set up, the starting point, the mid-point, and the ending point for all thinking and decision-making should be the client itself. Serving that segment of the population is the sole purpose of an organization so it only makes sense to do this.

One sure way to virtually guaranty dysfunction, office politics, and under-performance is to let personalities and friendships take over major decisions, like the structuring of reporting relationships. Ask me. I know, and I still have the bruises from trying to please everyone when I once led a reorganization of a company that badly needed one.

People start lobbying the leader, not because they disagree with the new structure but because they may not like the new boss they will have. Ir, they perceive they have dropped down in the informal, water cooler pecking order of things. So, they try to stack the deck. And who loses…the clients you are supposedly there to serve.

If any person’s name should be on an org chart, it should be the client segment being served, not the people running the show or any of its departments.

Here’s a little more on the subject of people and how to engage them to their benefit and the benefit of the organization. And here, and here. Letting people lobby for organizational positioning is bad form on a leader’s part and opens you up to charges of favoritism, preferential treatment, and trouble.

By the way, that chart I mentioned in my first paragraph, it showed the same person reporting to two separate managers…for two separate people. “Let the games (and trouble and excuses) begin!”

Call me, and let’s talk.