Who Owns Your Nonprofit Agency? 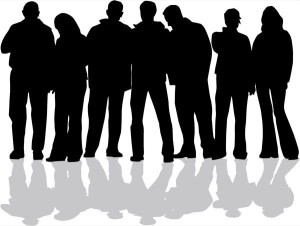 Who owns your nonprofit? Do you really have as much operational latitude as you think you do? Have you or your board ever stopped to ask yourself these questions? In business, a board of directors is elected to represent the enterprise owner so shouldn’t the same principle apply in the nonprofit world? I say yes…

The board of directors has a weighty responsibility-to convert the vision of an owner into a viable organization and to keep it in alignment with that vision.  Its job is to take the owner’s concept, create it and watch over it once built. In this process, the board’s job is to accurately reflect the owner’s vision and values. For this reason, I think my question raises serious issues, especially if you haven’t thought about it previously…so, who owns your nonprofit?

Now for faith-based ministries this question is a no-brainer. Most faith-based boards recognize and acknowledge God as the owner and those who started it or carry it today feel commissioned to carry out what they sense God has called them to do. And, their job includes installing Godly values and requiring the ministry to operate subject to them. However, for secular nonprofits the answer may not be so clear.

I imagine most non faith-based (secular) boards would say the board owns the nonprofit; some may say the community owns it, maybe the state where it is domiciled, maybe the founder. Nonetheless, whomever you settle on as the owner, there is where the board’s responsibility rests and where its duties lie.

I don’t think boards have as much leeway as they think they do when making decisions. A board’s latitude should depend on the original vision of the owner who ever that may be. Yet, do boards typically refer back to the owner’s wishes, vision or mission when making key decisions about budgets, programming, goals, etc? Probably not often enough so I tend to doubt it.

Regardless of who you determine is the owner, when individual directors think about the concept of nonprofit ownership, it really is a game changer. Most do not think in terms of having responsibility to some higher authority so they feel a freedom they perhaps don’t really have. This idea may feel very constricting to many boards yet boards with a clear understand where they are going probably have no problem with this ownership concept.  So, are you doing what you are supposed to be doing? And, how do you know?

If more boards thought in terms of having a responsibility to an owner, I wonder how different (and more effectively) they might operate? What do you think? What would happen if you introduced this idea to your board? Where would the conversation lead?